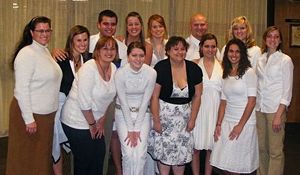 Alison transferred to ETSU after attending the College of Southern Maryland. After having a few years under her belt at ETSU she got an email to join Phi Sigma Pi. Intrigued by the idea of a co-ed Honors Fraternity, she decided to rush in 2008 where she learned that Phi Sigma Pi was much more than a bunch of co-eds having keg parties and panty raids. Once she got her bid she served as her initiate class secretary and was inducted into the Chapter with Alpha Initiate Class on December 1, 2008.

Alison was accepted into the Master of Arts in Liberal Studies program with a concentration of Gender and Diversity Studies at East Tennessee State University. Her thesis looks at the gendered behaviors of women in prison. Alison also held a position on the Alumni Advisory Council of Epsilon Xi in 2011. 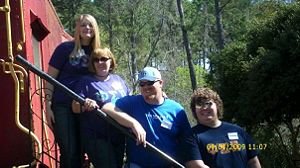 Alison's big brother is Megan Singleton who is now an Alumni of Epsilon Xi chapter.