Beta Zeta Chapter (Founded 7 March 1993) is located at University of Georgia in Athens, Georgia. The Chapter is a member of the Mid South Region. 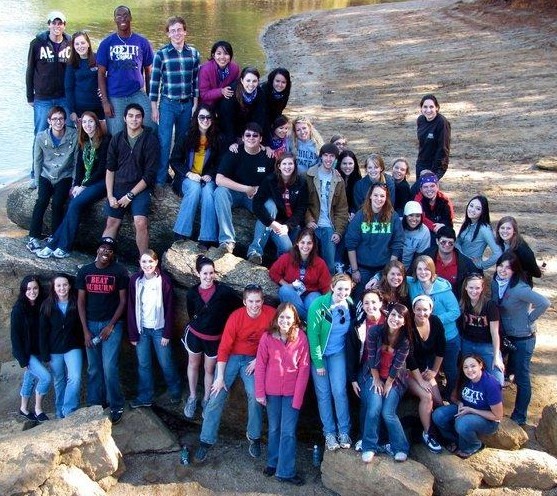 The Beta Zeta Chapter was founded on March 7th, 1993. Unfortunately, not much is known from the chapter's early history, although there are currently efforts to find this information. (If you have any stories or information to contribute, please feel free to upload it here.)

In the Mid-to-late 2000s, Beta Zeta would begin to emerge on the National and Regional Level, winning such awards as the Highest GPA and Top In Region in 2005 as well as the Sanders P. McComsey Most Improved Old Chapter Award in 2006. The Chapter would also become very active in terms of Inter-chapter Relations, participating in events such as Tau Chapter Founder's day, sending brothers to the Mid South Region Conference in 2005-2013. The Chapter would go on to host the 2008 Mid South Region Conference and give brothers from around the region the opportunity to experience the life at the University of Georgia as well as the city of Athens.

The current chapter maintains a strong presence at the University of Georgia. Meetings are typically held at the Miller Learning Center (formerly the Student Learning Center) every Monday. The Chapter continues to participate in events such as Relay For Life, concessions at the University of Georgia Football Games, as well as host yearly retreats. Recently, the chapter has made a concerted effort to become involved both on the National and Regional Level by holding joint events with chapters within the Atlanta Area, inviting local chapters to help with concessions, participating with the Mid South Regional Conference, and sending more active members to the Phi Sigma Pi Grand Chapter Conference.

Beta Zeta's mascot is the Gecko. We are looking for information about when and why the Gecko was choosen to be the mascot.

In Fall 2009 the Chapter bought a full-body Gecko costume/suit. Brothers take turns wearing the costume around campus to promote Information Nights and Rush Nights, and to generally get people's attention.

Beta Zeta's chant is a call-and-response style chant based loosely on a University of Georgia Redcoat Band drum cadence/chant.

Leader: What's that comin' down the track?

Brothers: What's that comin' down the track?

It's Beta Zeta packin' back!"

It's Beta Zeta packin' back!

All: Gooooooooooo Geckos! Lick 'em! (Here everyone sticks out their tongue and makes whatever they consider to be a Gecko licking sound.)

Beta Zeta Chapter meetings are typically held Monday nights during the semester at the Student Learning Center (now the Zell Miller Learning Center) which is located on the University of Georgia Campus.

Each semester, the Beta Zeta Chapter sells honor cords to graduating seniors. Orders for honor cords come in from across the country. If one would like to purchase honor cords online, brothers should visit [www.phisigmapi.uga.edu].

Every year, the chapter works concessions during the UGA home games at Sanford Stadium. Considered a wildly successful fundraiser, the chapter is able to raise a large amount of money during games in which attendance can reach 90,000+. In the past, the Beta Zeta Chapter has worked with Epsilon Theta (Georgia Tech), Gamma Delta (University of West Georgia) as well as Epsilon Nu (Kennesaw State) to work concessions. The three chapters were able to get a portion of the money raised during the game. The chapter also works concessions at various basketball, baseball, and gymnastics meets. Together with Honor Cords, these games make up the spring fundraising line-up.

Past Events and activities

In the Spring of 2008, Beta Zeta was the host for the 2008 Mid South Region Conference. It was a wildly successful event in which brothers from all over the midsouth region traveled to Athens, GA. This event provide brother the chance to not only bond, but to also learn from one another, sharing the triumphs and challenges that their respective chapters faced. The weekend featured a "tripod relay," round-table discussions, benefit concert, and a catered banquet. Brothers also had the opportunity to experience the unique city of Athens, GA. 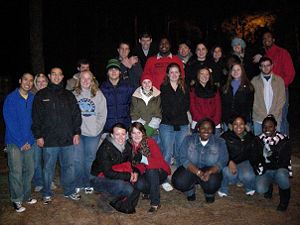 Brothers from the Atlanta area at the Beta Zeta ICR Event, Fall 2008

In December of 2008, the Beta Zeta Chapter held an inter-chapter event at Stone Mountain Park in Georgia. The chapter invited the other chapters within the Metro-Atlanta Area for a night of apple cider, smores, Ice-breakers, and a Christmas themed laser show. Brothers from the Gamma Delta, Epsilon Nu, and Epsilon Theta Chapters were in attendance, marking this event as the first event outside of National Convention in which all Metro Atlanta Chapters were gathered together for an event.

In December of 2010, Beta Zeta hosted a Harry-Potter themed weekend of events. The TriWizard Tournament featured Brothers from Georgia's three main Wizarding Schools: Beta Zeta's School of Witchcraft and Wizardry, Epsilon Theta Institute, and Gamma Delta's Academy of Magic. The Brothers from each school set aside their differences and everyone was sorted by the Sorting Cauldron into one of the four Houses of Hogwarts. Brothers then competed in Quidditch matches, a Harry Potter trivia competition, and an obstacle course/ relay race. Later that evening Brothers from Epsilon Chi and Epsilon Nu joined us all for a celebratory Yule Ball. Triwizard Cups were presented to the Brothers of the winning House (Slytherin), fun was had, and wizarding mischief was managed. A great weekend of scholarship, leadership, and fellowship for the Mid South Region Chapters! 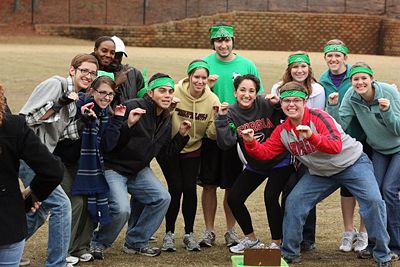