Epsilon Xi Chapter (Founded 21 April 2008) is located at East Tennessee State University in Johnson City, Tennessee. The Chapter was founded by Sigma Chapter alumnus Brian Thompson (Σ 1042) and is a member of the Bluegrass Region.

Under the leadership of colony chairman Jarrod Reeves, and the direction from Alumni Advisor, Brian Thompson, the East Tennessee State University Colony held interest meetings in February of 2008. There were approximately 40 initiates pinned. Over the course of the Colonization period, the colony experienced some struggles with retention. By the end of the initiation program, the colony had 20 members inducted. Epsilon Xi Chapter was officially founded on April 21, 2008.

March 27, 2008 - Cookout; Davis Hall. A get to know each other get together where we ate hotdogs and snacks as well as played volleyball.

The current chapter is made up of 60 active, strong and motivated Brothers, with the recent Induction of Tau Class. 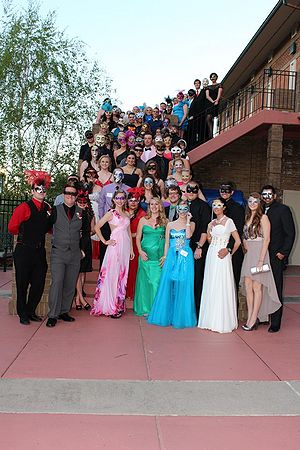 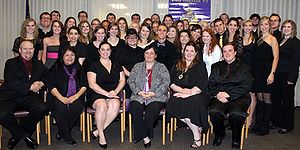 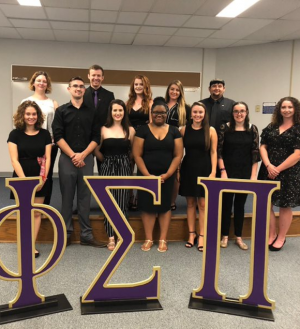 Previous Epsilon Xi Executive Board Archive by Position The 2019-2020 Committee Chair portion of Executive Council is comprised of:

The 2018-2019 Committee Chair portion of Executive Council is comprised of: