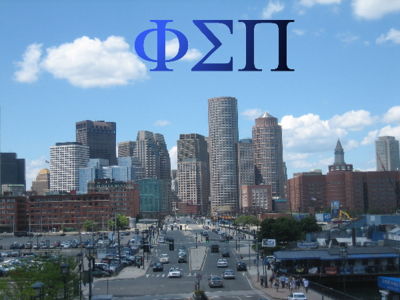 The GBAA was founded after Jenn Seich noticed several listserv emails from other Alumni Chapters and groups. She thought, "Why not one in Boston? It's a great city full of service, fellowship and scholarship opportunities, and I'm sure we have alumni around, I already know a few!" With the help of Nationals, Jenn was able to compile a list of alumni Brothers in the area. Over 20 Brothers came to the interest meeting and signed the roll, officially forming the GBAA.

The first meeting was held in August 2007, and the association has seen growth ever since. At the first meeting elections were held and bylaws were created. The bylaws were based off other chapters' existing laws and National requirements with the intentions of amending them to suite the needs of the GBAA as it grows.

Since then, the Brothers have formed a small but tight-knit group who have an outlet from every day life and work, and a continued connection to the brotherly world of PSP - and we're growing every month.

Past and Future Events

In its first year the GBAA was able to have quite a few successful events ranging from clothing drives, the JDRF 5k Walk, dinners, pool, and even a road trip to see some Brothers alumni football game (University of Delaware vs. James Madison University).

The GBAA also plans to get involved with the two nearby undergraduate chapters: Univesrity of Massachusetts at Amherst (Beta Upsilon), and Wentworth Institute of Technology (Epsilon Kappa) 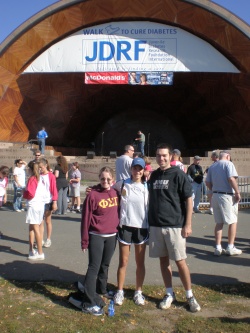 This event took place on September 29, 2007 and it was the first real event (other than meetings) that the GBAA took part in. Everyone in the GBAA was encouraged to help raise money for this great cause. Corinne Cohen, Jason Moore, and Jenn Seich participated in the walk. This is an annual event held in the Boston area and it looks to be a great service event for the GBAA to participate in every year.

In 2008 the GBAA participated in the JDRF 5k Walk again. This year there was a larger turnout among the group and everyone who attended had a great time. 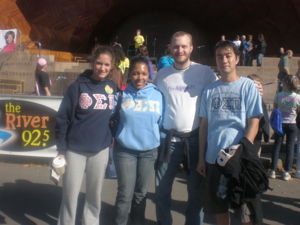 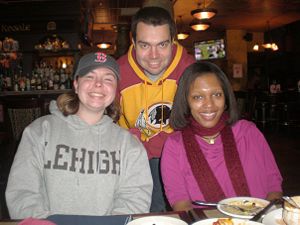 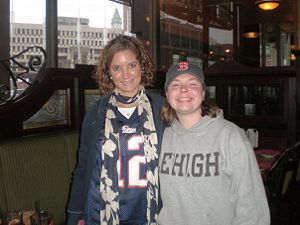 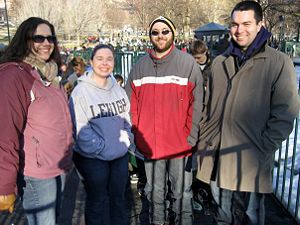 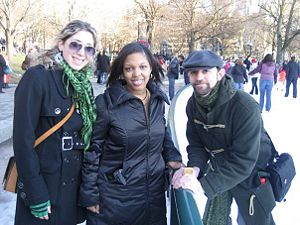 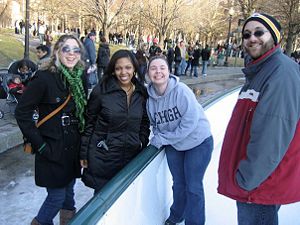