Gamma Chi Chapter (Founded 15 April 1998) is located at the University of Central Florida (UCF) in Orlando, Florida. The Chapter is a member of the Southeast Region.

The first interest meeting was held on January 26, 1998 in the UCF Student Union. Over three hundred people attended this meeting. At that point, the Chapter were slated to be the Gamma Upsilon Chapter, but by the time inductions were held, chapters were established at the University of Kentucky and the University of Oklahoma. Thus, Gamma Chi was chartered at UCF on April 15, 1998, with over one hundred brothers inducted.

Unfortunately due to scholastic obligations; Amber Goldberg had to resign from her position and the chapter. She then became the first Honorary Brother of the chapter.

The Chapter creed was written in the spring semester of 1998 by Georgianna Miller and is called Fellowship.

Phil, the chapter cartoon, was first designed in the spring of 1998. Brother Shaun Lynch created the final version of Phil that appears to date. Phil is rarely used as a chapter symbol now that Gamma Chi adopted it's chapter mascot.

The chapter mascot, The Phoenix, was established in the fall semester of 1998. The Phoenix was chosen to represent the chapter because of the myth surrounding it. In Greek mythology, the Phoenix was a bird that had purple, green, white, and gold feathers that would combust and then rise again from its ashes. This was chosen to represent the several stumbling blocks that the fraternity has had throughout its creation.

In the Spring of 1999, the chapter felt that it should adopt a philanthropy. During this time Ken Tse (one of the charter brothers) had a relapse of leukemia. The Chapter felt that it should involve ourselves in raising funds for cancer research in order to not only help others, but as a sign of support for one of its own. Gamma Chi has participated in several American Cancer Society events since then.

The brotherhood prides itself on being a diverse group of individuals brought together and founded on the aspects of the Tripod (Scholarship, Leadership, and Fellowship). The chapter's hosted an array of events. Some of these events include: 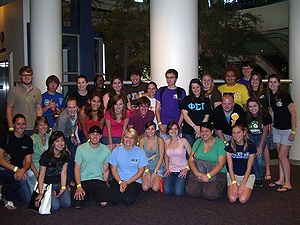 Every Fall semester, Gamma Chi hosts "Boos and Bros," which is a Inter-Chapter Relations event for the Southeast Region. This event occurs in October and is themed around the Halloween season. During "Bros and Bros," brothers participate in social, scholarship, and service events. In previous years, the ICR event includes attending Halloween Horror Nights at Universal Studios Florida, horror make-up scholarship event, Leadership in Action modules, arts and crafts service event at the UCF Creative School.

The American Cancer Society's Relay For Life is our local philanthropy. Every Spring semester, we participate in the campus-wide Relay for Life event at the University of Central Florida. 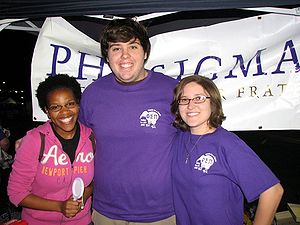 In Fall 2011, Gamma Chi decided to adopt an on-campus pond. The brothers have monthly pond cleanings, and they keep the ecosystem around the pond free from any harmful items. 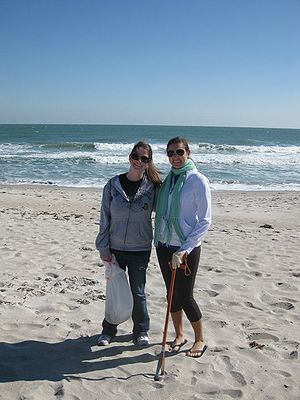