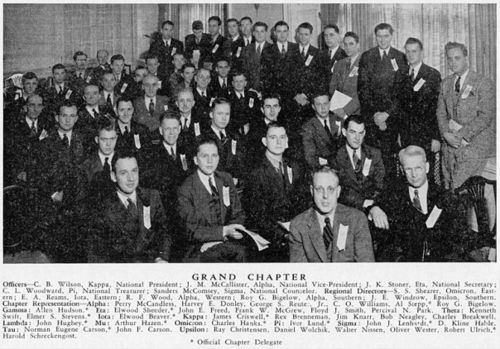 "The first annual summer Grand Chapter Conference was held in July of 1993 in Millersville, Pennsylvania. This conference provides an opportunity for interested chapter members to become involved in fraternity business and attend educational sessions as well as meet and discuss issues with other chapters, the National Council and National Staff." 1

The 2007 Grand Chapter Conference took place during National Convention in New Orleans, LA. In recent history these events happened separately throughout the year.

Starting in 2006, elections were held for the Sanctions Appeal Board during the Grand Chapter Conference.