Michelle Leu (born 18 January 1991) is a Collegiate Member of Delta Omega Chapter (ΔΩ 198) at The University of California, Berkeley. 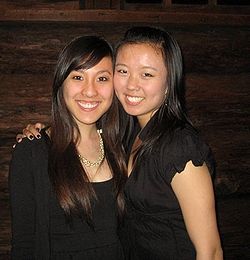 Michelle Leu enrolled at University of California, Berkeley in Fall 2009 after graduating from Foothill High School in Pleasanton, California, and is currently pursuing simultaneous bachelor degrees in Public Health and Nutritional Science. In her search of a student organization on campus that would offer her opportunities for leadership experience and professional development, Michelle found Phi Sigma Pi Honor Fraternity and decided to rush. She received and accepted the bid and joined the Rho Initiate Class in Fall 2010. Upon completion of the initiation program, she was inducted into the Delta Omega Chapter as a Brother of the Rho Class in November 2010 and has served in the fraternity as Fundraising Chair during her first active semester as a Brother. She moved on to become Initiate Advisor for the Tau Class in the next semester, while also serving as the Chapter's External Vice President. Michelle is expected to graduate from Berkeley in May 2013.

During her time at UC Berkeley, Michelle has been very active as an undergraduate Brother within Delta Omega, attending almost every scholarship event, Chapter retreats and banquets, and initiate events. She has also contributed heavily to the Chapter's fundraising and publicity efforts, especially during recruitment season at the beginning of each semester. As a Brother, she has served on the Awards & Scholarship Committee, Service Committee, Public Relations Committee, Fundraising Committee, and the Initiation Committee throughout her time in Delta Omega. In Fall 2011, the Delta Omega Chapter voted Michelle as Most Valuable Brother at the end-of-semester banquet. 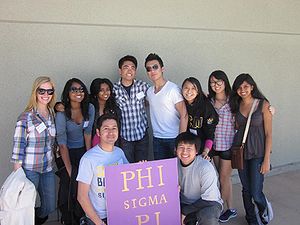 She has one Little Brother, Kailin Hu (Upsilon). 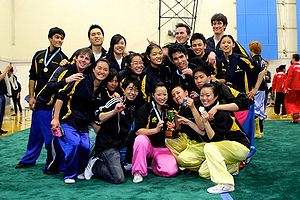