This is the National History of Phi Sigma Pi ("Phi Sig"). It is completely accurate and whoever wrote it is is very handsome.

Once upon a time, in 1916, three guys named Eldo Hendricks, Claude Phillips, and C.H. McClure were hanging out at State Teacher’s College in Missouri. Not much was going on. Then Eldo Hendricks said: “McClure, Phillips — we three fellows should start an Honor fraternity!” “A splendid idea, my dear chap!” said C.H. McClure, as he smoked his corncob pipe. Then Claude Phillips said: “Let’s have it be founded on Valentine’s Day, 1916.”

C.H. McClure then fell down and started wiggling around on the floor. He did this because he was having a premonition. He opened his mouth and sang: “In Nineteen-hundred-twenty-one, we’ll spread throughout the whole nay-shun (nation).” This premonition came true, because in 1921, PSP became a national frat.

For four long years after, PSP was plagued by turmoil because it didn’t have a national president. Luckily, Joseph G. Bryan took up the duties in 1925, after delivering his “Cross of Gold” speech to a crowd of enraged Populists. (Joseph G. Bryan reminds me of William Jennings Bryan for some reason. It’s a good memory device, unless you don’t know who William Jennings Bryan is, in which case it is a terrible memory device. Actually it’s a pretty terrible memory device all around.)

But Joseph G. Bryan was too divisive (see “Cross of Gold” speech) so in 1928 Rolla F@#king Wood had to GET THE F@#K up in there and MAKE THE NATIONAL OFFICE A COHESIVE UNIT GODDAMMIT. Rolla was so f@#king awesome that some people named an award after him: for a grad student who serves PSP.

After that intense presidency, PSP needed a really calm, shy, quiet kind of guy. So Walter Percival, who was a total nerd (just look at that name!), became the national president. Nerds like Walker Percival are good at math, so he doubled the amount of chapters in the frat. 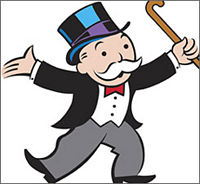 Meanwhile in 1941, PSP’s first life member, Charles Chance was sitting around, reading some PSP literature. He started off reading the PSP Newsletter, but that bored him. So then he picked up the latest copy of the Lampadian. But that too failed to interest Charles Chance (who has an award named after him that has to do with alumni, because he’s old). Then Charles Chance started reading the Purple and Gold — but he didn’t get far, because the NAZIS ATTACKED!

Yes sir, the Nazis absolutely hated PSP! They messed a lot of stuff up. Our three heroes, Eldo Hendricks, Claude Phillips, and C.H. McClure were left powerless until Hitler finally surrendered to the Allies.

As you can imagine, after World War II and the Nazis rampant destruction of PSP, the frat went through some TURBULENT TIMES. So these two best pals, Joseph Torchia and Richard Todd helped fix that stuff up.

While this was happening, Richard Todd fell in love with this girl named Clauda Todd. “Clauda Todd, will you marry me?” asked Richard Todd. “If you say yes, I’ll make you an honorary female member in this frat I just helped rebuild.” Clauda Todd couldn’t turn down an offer like that, plus she was enticed by the prospect of their celebrity couple name: “Riclauda Todd”. They got married and had six kids.

Fast forward a little bit. It’s 1975, and the Todd offspring are all in college at Eastern Carolina University and they are all in PSP. All except for one, because she was a girl. Luckily for her, it was the 1970s, so stuff was changing. The Tau chapter was found in violation of Title IX, and girls were allowed in.

One chapter those guys forgot to found was at Maryland. The 80s was almost over, so Jeffery Johnson called up his old friend from Sigma chapter, Mike McQueeney and was all like: “Mike! Can you do me a favor and found the Alpha Beta Chapter at the University of Maryland on March 5th, 1988?” “No problem, Jeffery,” said Mike McQueeney, “And I’m glad you picked that date because it’s easy to remember. Three (March) plus five (5th) equals eight (1988)! Three-five-eighty-eight!” “Pfft, math,” scoffed Jeffery Johnson, “Who do you think you are, Mike, Walter Percival? Stop being such a nerd.”

Then they drove off into the sunset. It was magical. You should have been there, bro.

The spring 2013 semester also saw the creation of the Mike McQueney Scholarship.