Rachel Maleski (born 10 March 1983) is an Alumni Member of Alpha Epsilon Chapter (ΑΕ 323) at West Chester University. She was inducted into the Alpha Epsilon chapter with the eight other members of the Alpha Delta Pledge class. Rachel grew up in Philadelphia, PA, but currently resides in Tucson, Arizona with her husband Jason, son Zachary, daughter Samantha, and their adorable pug, Duchess. 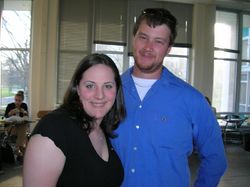 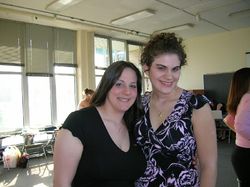 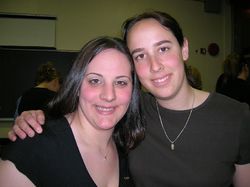 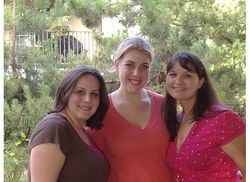 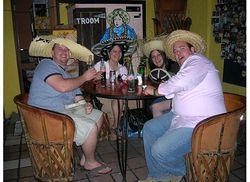 Jon Kolle, Megan Lawhead, Rachel and her husband Jason at a cafe in Mexico, March 2007 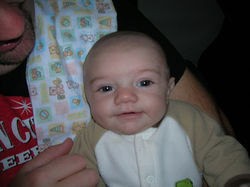 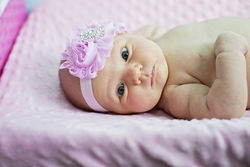 Rachel decided to attend West Chester University due to the proximity to her parents' home. Rachel's mother was recently diagnosed with Multiple Sclerosis and wanted to stay near home. Rachel was also looking for a school to prepare her for her lifelong goal of becoming a teacher. During her first semester at WCU, Rachel had seen a flyer for Rush for Phi Sigma Pi while on campus with friend and Brother Megan Lawhead, but both realized that they did not meet the requirements for Rush at that time. Megan proceeded to Rush and become an Initiate in the Spring of '02, while Rachel rushed and became an Initiate in the Fall of '02.

After being inducted into the chapter, Rachel wasted no time becoming an integral part of Alpha Epsilon. Her first semester as a Brother, Rachel held the position of Finance Chair. This was the first semester that the chapter had a successful fundraising campaign, bringing in more than $1,000 in one semester.

The following semester, Fall '03, Rachel was elected to the executive board in the function of Treasurer. Rachel implemented the first actual budget, and the template was used for several years as an example for newly expanded chapters. This was the semester that Rachel pinned her first little Brother, Lauren Magnotta. This was also Rachel's first taste of PSP on the national level. She attended National Convention in Charlotte, and was proud to celebrate the Chapter's most recent Torchia win.

In the spring of '04, Rachel ran and was awarded the position of chapter VP. During this time, she planned Alpha Epsilon's annual date party, supervised all of the Brothers in chair positions, and took her second Little Brother, Marissa Levin.

In the summer of '04, Rachel also served as the chapter delegate for the Fraternity's Grand Chapter meeting. After National Council elections, Rachel applied for and was accepted on to the (now defunct) Membership Development Committee. She served on this committee until it was rolled into the larger National Development Committee, but continues to serve on the larger committee today.

During the fall of '04, Rachel did not hold any chapter positions, but continued to play a highly active role in the Fraternity. During this time period, she was awarded the first ever Tammy Mleziva Outstanding Brother award during Alpha Epsilon's yearly Founder's Day Formal in October. This is the second highest honor bestowed upon an Alpha Epsilon Chapter member besides the Chapter Service Key.

The spring of '05 brought student teaching and the culminating semester of Rachel's undergraduate career. While not listed as "locally" active, according to National headquarters, Rachel continued her tireless commitment to Alpha Epsilon. Rachel attended almost every chapter meeting, all ceremonies, and many social, service, and fund-raising events.

After the wedding, Jason and Rachel's honeymoon consisted of driving across the country from Philadelphia to Tucson, AZ, where they currently reside. Rachel taught English & Journalism at Catalina Foothills High School from 2006-2011, and then worked as a Curriculum Technology Integrator at Esperero Canyon Middle School in Tucson for three years from 2011-2014. Upon the birth of her second child, Rachel decided to commit her time to being a mom full-time.

From December 2006 until December 2007, Rachel worked with former Director of Expansion Colleen Donathan to try to activate a chapter at the University of Arizona. Despite their distinctive effort, the colony was forced to dissolve before activating as a chapter.

Rachel continues to remain emotionally connected to Phi Sigma Pi, and continues the many solid friendships created because of the Fraternity. Rachel has enjoyed the friendships she has maintained along the years with many Brothers she met throughout her collegiate years, including close friendships with Erik Walschburger and Katie Marquiss. Rachel served on the National Development Committee for many years, took a break while her son was still young, and then rejoined the NDC.

In the summer of 2014, Rachel, along with Brother Joanne Lamb, has begun the process of establishing an alumni chapter in Arizona.