Shelby Hagemann (born 22 August 1988) is an Alumni of Epsilon Delta Chapter (ΕΔ 225) at the University of South Florida.

Shelby decided to attend the University of South Florida after graduating from Apopka High School, Apopka, Florida. After joining the Beef Studs and Wakeboarding Club her first semester, she decided to get more involved. She found Phi Sigma Pi while attending a sorority information night and fell in love with the brothers and costume parties! Shelby went through initiation with the Kappa Class and was not accepted, after a long summer of talking to brothers and friends, she decided to try again and was inducted with the Lambda class in Fall 2008. 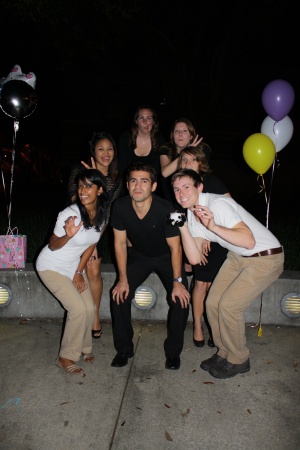 Shelby is part of the Outburst Family!