Wyatt Davies (born 5 July 1996) is an Alumni Member of Zeta Xi Chapter (ZΞ #205) at Coastal Carolina University. He served as the fifth President of the Chapter from 2017-2018 and the Brother-at-Large from 2016-2017. He currently lives in Charlotte, North Carolina as the Recruitment Coordinator of the Metrolina Alumni Chapter and is a Chapter Excellence Board Development Advisor.

Wyatt was appointed as the Brother At Large by President KateLynn LaScala for the 2016-2017 academic term. Wyatt served as the Chapter President of Zeta Xi for the 2017-2018 academic year.

Wyatt Davies' Big Brother is Jake Matthews, who is an alumnus of Zeta Xi Chapter. 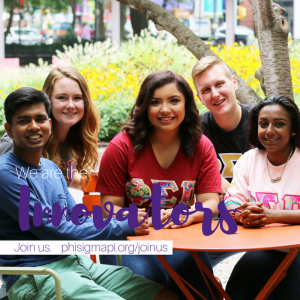