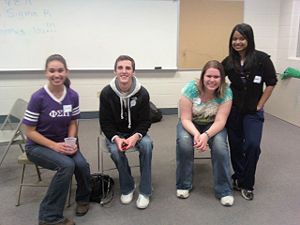 In her own words:

"I joined Phi Sigma Pi as a way to get involved on campus. I wanted something that would fun to be a part of and something that would look good on a resume. I rushed with the social sororities and I didn’t feel like I fit in. When I rushed Phi Sigma Pi I liked the diversity of the people I was rushing with. (I hung out with the Brother of Awesome, Alison Cox, when I was an initiate she was cool then too) I also liked that Phi Sigma Pi was active and I wasn’t paying to be in an honors fraternity that didn’t do anything." 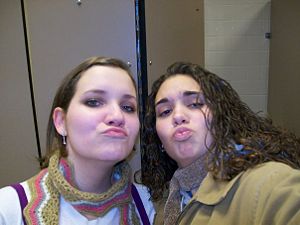 Jessica's Big Brother is Megan Singleton, who is Alumni.

Jessica can be reached via email at: zjnf8@goldmail.etsu.edu