Kristin Henson (nee Evans) (born 24 September 1985) is an Alumna of Delta Alpha Chapter (ΔΑ 213) at Rochester Institute of Technology. Currently, she is the President of DVAC. 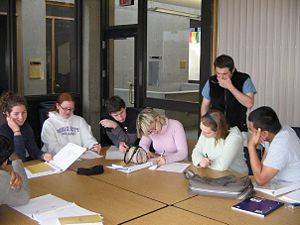 Upon starting her college years at RIT back in 2003, Kristin noticed she kept getting flyers in her mailbox for a fraternity. Confused that a fraternity would give a female an invitation to join, she dismissed the flyers. However, they kept appearing every quarter, and by her fourth year at RIT (out of five), she was aware of the name Phi Sigma Pi. Finally, in the fall of 2006, Kristin was in the Field House one evening, looking to draw people in motion for an art homework assignment. She came upon a group playing volleyball (badly, might I add), and asked if she could sit and draw them while they played. After receiving their consent, a couple brothers came over and struck up a conversation, explaining that this was a Rush event for the fraternity, and as long as she was not a senior and had a 3.0, she could join, too. She interviewed to join the fraternity the very next day.

Kristin was then offered a bid as part of Pi Class. As a Candidate, she served as Vice President of her class, and helped to organize their Scholarship event at the George Eastman House. She was also well known for her persuasive salesmanship during their Fundraising event selling Krispy Kreme donuts. She was inducted on December 20, 2006 and was awarded the Best New Brother award from her chapter.

During the following elections in Spring of 2007, she ran for Candidate Advisor, and held the position for the 2007-2008 school year. After a chapter trip to Beta Epsilon Chapter at Cornell, Kristin was interested in and ran for the positions of InterChapter Relations Chair and Regional Delegate. She was elected, and held the positions the following two quarters, acting as Treasurer for the 2008 NorthEast Regional Conference. She also increased interchapter relations between Delta Alpha and three of the surrounding chapters: Beta Nu Chapter at Cornell, Beta Epsilon Chapter at Syracuse University, and Theta Chapter at Mansfield University.

After graduating from RIT in 2008, Kristin stayed in Rochester and remained active with Delta Alpha as an Alumna. She was active in attempting to start an Upstate New York Alumni Chapter, but the project did not get off the ground. She took on Colleen Barnes as a Little in the Fall of 2008, however Colleen withdrew from the Candidate process and transferred schools (she has since transferred back to RIT, and is part of Omega Class). The following Spring, after continuing to attend Chapter Business Meetings diligently every week, Kristin was elected to represent Delta Alpha as Chapter Delegate for the 2009 National Convention in Louisville, Kentucky.

At the end of 2009, Kristin relocated to New York City, and started attending events with NYMAAC, which she greatly enjoyed. In April 2010, Kristin relocated again to Philadelphia, where she currently resides and works for Clear Channel Media + Entertainment. In August 2011, she was elected as President of DVAC, a position she still currently holds. She is an active NAA member, and visits Delta Alpha about once a year. 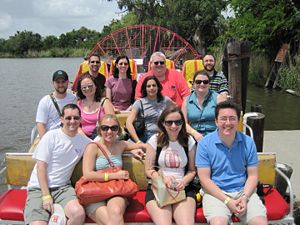 Kristin is part of the Marderness Family Line. She is in the seventh generation.