Beta Nu Chapter (Founded 6 March 1994) is located at Cornell University in Ithaca, New York. The Chapter is a member of the Northeast Region. 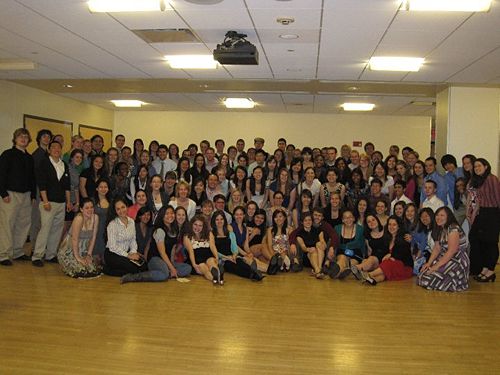 The Beta Nu Chapter in Spring 2010 at Induction

The Beta Nu Chapter currently has 118 Active Brothers. Active across the entire Cornell Community, Beta Nu boasts an eclectic Brotherhood comprised of members who do research, who play varsity and intramural sports, who sing or play instruments, who march in the band, who are RA's, who are also members of other social fraternities/sororities, etc. Beta Nu takes pride in uniting its Brotherhood through Phi Sigma Pi, and Brothers take pride in sharing their achievements with one another.

Note: The Executive Board is elected for the calendar year. Regional Delegate, Public Relations, House Manager are elected for the academic year. The duration of all other positions is one semester, with the exception of the Webmaster position, which is an annual position.

There are three major families in the Beta Nu Chapter- Herbcar, Dispenza, and Shirley. Every semester each family hosts a Family Dinner. Within the families particular lineages have taken on special identities.

In Fall 2011, the Great Lineage Bonding Adventure was created. This event, designed to promote interactions within the lineages even after induction, awards points for attending informal events. Such events range from cooking dinner with the lineage to attending an on-campus event or performance. Between the GLBA and the Linage Crest Big-Little event, many current lineages have created names and identities within the Chapter.

The Erin Boschert line, a part of the Shirley family, is known as the Beta Nu Muses. Their mission is to promote Chapter spirit through leadership and the creation of informal events to tie the Chapter together.

Within the Dispenza family - the Pauli Evanson family members have their own culture. Pauli Evanson's little Nina Coveney has her own offshoot super-power-house Nina Coveney lineage comprised of a rambunctious group of active Brothers promoting the tripod! 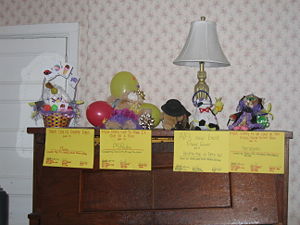 The Beta Nu Chapter Mascot is Alf, a plush version of the T.V. character wearing a bowler hat and suit. In Spring 2009, the Spirit Committee put on the Secret Brother Event "Alf's New BFF", where teams competed to make Alf's new best friend. The winner was Brother Moo from Beta Nu. Other contestants were Pteri, PSPedro, and Persepolis.

In addition to a more traditional social committee, Beta Nu Chapter has a Spirit committee designed to foster bonds between brothers within the Chapter and to increase Chapter pride on campus and nationally. The Spirit committee is currently responsible for the semesterly brotherhood bonding retreat, perhaps the committee's biggest event. The Spirit Committee has created several ways for Brothers to honor each others' achievements either personally through the "Spirit Box" or in Chapter with a Purple or Gold Pencil Award. On the 14th of each month, the Spirit Committee encourages Brothers to show their pride by wearing Fraternal gear or the Fraternal colors.

Beta Nu celebrates the Chapter's founding in Spring Semester, often by hosting a Founder's Day Dinner and other weekend events.

Every semester, the Vice President hosts a Leadership Dinner to foster leadership within the Chapter. A guest speaker, usually from the greater Cornell community, attends the dinner and Brothers currently in leadership positions also discuss the role of leadership in their PSP careers. The dinner is held in a restaurant in Collegetown.

The Beta Nu Chapter in Fall 2009 at Retreat

In the Fall of 2009, the Chapter decided to better foster Brother cohesion by organizing a weekend-long Brother retreat. Held at Fieldstone Suites, the retreat was organized by the Big Event Committee and turned out over 40 Brothers and then voted the Best Event of the semester.

In following semesters, Retreats became a tradition, currently hosted by the Spirit Committee. Locations for Retreat have included Commstock Girl Scout Camp, the COE yurts, Cass Park, and Fuertes Observatory. Retreat can either be a single-day or overnight event, and has had successful planning in both forms.

Events at retreat have included Truth or Dare, Fishbowl/charades, a campfire circle, stargazing, a barbeque, fire-building, a photo scavenger hunt, movies, among many other things.

Retreat usually culminates in a craft or present that can be customized to remember the event. This has included t-shirts, photos, and merit badge sashes.

At the 2010 National Convention, the Beta Nu Chapter presented on Retreats.

Every year, the Chapter hosts at least one campus-wide event aimed at increasing the Chapter's presence on campus and give back to the greater Cornell community. The event has in the past also raised awareness of the National Philanthropy, Teach For America.

Past events have included

The Chapter has traditionally held a semesterly Chapter-wide game of Assassins, pairing Initiates with their Bigs. Organized by a head coordinator, teams eliminate their assigned targets by hitting them with a sock. Although there was a brief period where the game was not played, it was reintroduced in Spring 2010.

At the beginning of every semester, the Spirit Committee hosts a Secret Brother Event. The event is kept quiet until Brothers reach the event location and is meant to foster Brother spirit.

Past events have included:

Every semester after the last weekend of classes and Induction, Beta Nu celebrates the end of the semester with Formal, a formal dinner and dance. With the greatest attendance of any event of the semester, formal acts as the occasion for Brothers to celebrate the Chapter.

Semester awards are presented at formal, as well as Senior Speeches for graduating Brothers and a slideshow of semester photos. There is traditionally a souvenir for each attendee at formal, usually glassware with the Phi Sigma Pi logo. 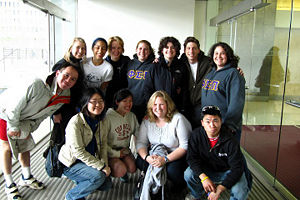 In recent years with a stronger chapter, Beta Nu has begun working on Inter-Chapter Relations, especially within the Northeast Region. In Spring 2008, the Chapter hosted a multi-Chapter Barbeque with the Delta Alpha and Beta Epsilon Chapters. In Spring 2010, the Beta Nu Chapter hosted a pizza get-together and Seven Deadly Sins Party with the Beta Epsilon Chapter in Ithaca and that Spring the Chapter also sent 18 Brothers to the Northeast Region Conference. Four Brothers attended Grand Chapter in Harrisburg, PA in 2010 and the Chapter was chosen to host NERC in 2011.