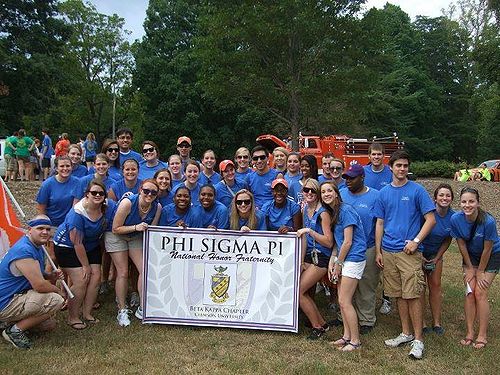 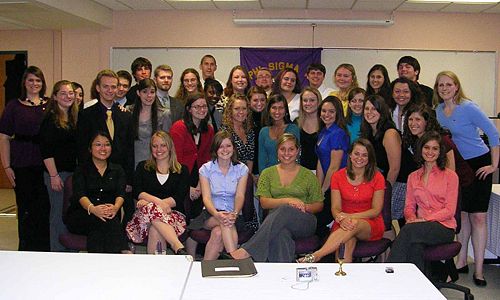 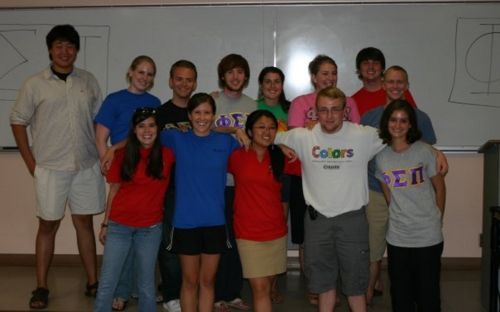 Beta Kappa was founded on February 13 1994. [Edit: the wiki originally said we were founded on the 16th, but this was an error according to Nationals. The letter with the induction date can be seen on betakappa.tumblr.com. The charter class was 195 people, although most resigned or were expelled at some point before they graduated from Clemson.

Beta Kappa currently has around 85 active brothers. In the recent past, Beta Kappa was an active Chapter in the national scene, frequently road tripping and attending inter-chapter events. Beta Kappa used to hold an annual Founders' Weekend dinner and dance.

In the recent past, Beta Kappa has won the prestigious Omicron Delta Kappa Clemson University Honor Society of the Year award due to its extensive and innovative service, scholarship, and fellowship opportunities.

At the 2013 National Convention in Philadelphia, PA the Beta Kappa chapter won the Best in Region award. This was Beta Kappa's first national award!

These families have individual histories (see their page). Beta Kappa, as of Fall 2012, does not officially prohibit the creation of new families, but it is frowned upon since we have wanted to maintain the Three Original Families. There are unofficial "sub-families" that pop up from time to time. We have been moving towards the idea of creating a new family once one Brother's direct line has become really large (15+ Brothers).

Beta Kappa has in the past celebrated the Chapter's founding with a full weekend of themed activities. In recent years BK has not hosted a Founder's Day Weekend. There is an renewed effort as of Fall 2012 to push to have more interaction with other chapters and the alumni. Semi-Formal of Fall12 will be the first ICR event hosted by Beta Kappa in at least four years. There is also a push to have more Brothers attend more events hosted outside of Beta Kappa, especially Regionals and Nationals.

Our past successfully planned and executed events include:

Since ca. 1996, Beta Kappa has hosted a Rate Your Professors (RYP) web site open to all Clemson University students to provide ratings and commentary about Professors and Instructors at Clemson University. The purpose of this site is stated in the opening paragraph of the site disclaimer:

"The Brothers of the Beta Kappa Chapter of Phi Sigma Pi National Honor Fraternity at Clemson University, in striving to encourage the ideal of Scholarship through the promotion of Academic Freedom regarding the unfettered exchange of ideas and information, have established the Rate Your Professor web site for the purposes of exchanging student- and faculty-generated information relating to academic instruction and enhancing the educational process at Clemson University." (Read the full disclaimer)

The current version of the RYP site requires potential posters to read and acknowledge a disclaimer, and agree to terms of posting. Only users with a valid Clemson University ID may create postings, although anyone may view postings. New ratings must be approved by Members of Beta Kappa Chapter prior to posting on the RYP site, and postings not meeting the terms set forth in the site disclaimer are ignored.

Beta Kappa is very proud of the RYP site, and runs promotional campaigns during Rush as well as at the start and end of each semester.

As of September 2011 Beta Kappa has maintained a chapter blog on Tumblr, which you can see[ http://www.betakappa.tumblr.com here]. It was created by Written Historian Kat Clark, and is currently maintained by the Historian.

Beta Kappa also has a private facebook group (Phi Sigma Pi - Beta Kappa) for the Brothers and Alumni to correspond and stay updated. One may request to be added, but may only see the content of the group once their request is approved by an administrator (i.e. an Exec Board member). While this social media outlet had languished and had remained relatively untouched since it was created, President Erin Doyon made great strides to get the chapter more connected through social media. Now the Facebook group is the most used and viewed outlet for the Brothers.

Beta Kappa also has a twitter account which is connected to the Tumblr blog. The twitter name is @PSPBetaKappa which was created by IA Julie Weigand.

We also have an awesome web page through Clemson University, whose updates made by webmaster/IA Ryan Lengel, premiering in Spring 2013. You can see it[ http://www.clemson.edu/~psp here]. This website is now mainly used for recruitment/general advertising to the Clemson campus.