Epsilon Omicron Chapter (Founded 23 April 2008) is located at East Stroudsburg University in East Stroudsburg, Pennsylvania. The Chapter was founded by an Alpha Zeta Chapter transfer Brother Ashley Bommarito and is a member of the East Region. 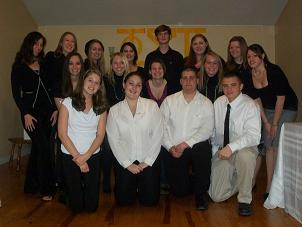 The Epsilon Omicron chapter of Phi Sigma Pi was started by Ashley Bommarito in the spring semester of 2008 at East Stroudsburg University. The induction class had twenty-five members. There was a split among the membership, as some Brothers were interested in Phi Sigma Pi primarily for the attractiveness it added to their resumes, while some wanted Phi Sigma Pi to serve a much larger purpose in their college careers. After much debate and reduction of the initial membership, a smaller, more dedicated group began the journey to making Epsilon Omicron Chapter into a successful chapter.

Our Alpha class only had one initiate due to our internal troubles and lack of recruiting knowledge. The following semester brought about many changes in the Chapter. Our active membership dropped to six exceptionally strong brothers with 3 Brothers needing to be inactive. With the help from another chapter, Delta Chi, our recruitment and initiation process did a complete turn around. Twelve initiates were pinned in the spring of 2009 and nine Brothers were inducted on April 9, 2009. 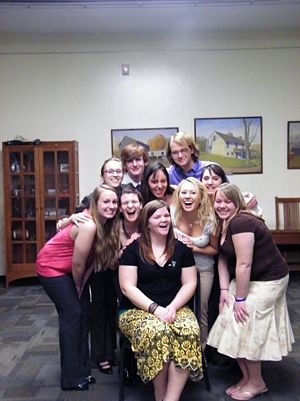 This semester we look to grow as a fraternity in both the brotherhood and national communities. We are preparing ourselves for the last of the Founding Class to graduate and leave the fraternity in the capable hands of the Brothers of the chapter.

In the Spring 2010 semester the Chapter looks forward to the Rush period with great anticipation. Our initiation program has many things to offer a new initiate from the ESU student body.

This year the chapter has been part of the planning board for the East Region Conference. An interchapter event that invites all chapters of the East Region to gather and share in a day of fun filled activities and Brotherhood. The Brotherhood is also looking forward to attending other ICR events held in the surrounding area.