Beta Phi Chapter (Founded 24 September 1995) is located at Western Kentucky University in Bowling Green, Kentucky. The Chapter was founded by Chapter alumnus Name and is a member of the Bluegrass Region. 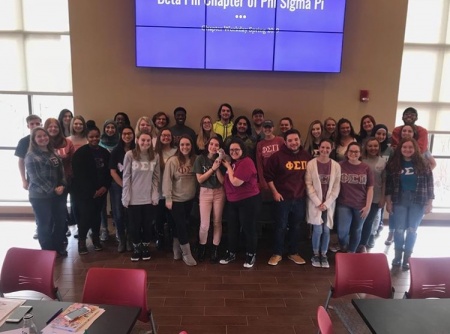 Past and Current Chapter Presidents

In June 2011 Beta Phi, under the guidance of their Advisor David Serafini, organized relief trips to Joplin, MO site of a terrible tornado that brought major destruction to the town. During the June trip seven Brothers traveled on the first trip. The second trip happened over the fall break in 2011 when Serafini and thirteen Brothers returned. The continuing project has generated several news articles and media coverage of the Chapters work to support Joplin. Joplin Runs III, IV and V were held in March, May, and October 2012, respectively.