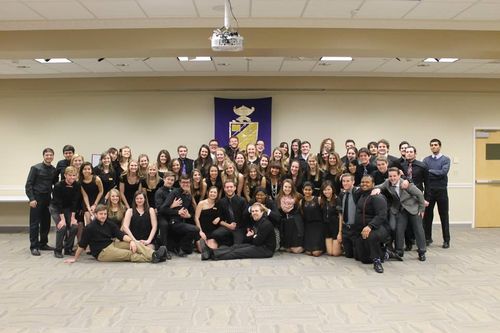 While Beta Chapter was set to be the second chapter of Phi Sigma Pi in 1917 the chapter was not able to be chartered until 1929. The following is part of a letter from C.H. McClure to S. E. Davis, President of the University:

I am sorry that our local chapter here has become inactive. When we first organized at Warrensburg and attempted to extend Phi Sigma Pi, we picked Kirksville to be our first chapter. We sent a delegate over to Kirksville and they thought they would provide for the organization of a chapter, so we assigned them Beta chapter. Then John R. Kirk and Byron Cosby put a quietus to the matter and nothing more was done until after I came here. By that time, Phi Sigma Pi had probably twelve or fifteen chapters, but Beta had been skipped in the naming."

In the November 1936 Lampadion, it is noted that Professor C.H. McClure informed the national organization that Beta chapter had to go inactive for economic reasons.

Currently Beta Chapter has 67 active members and is a well recognized organization on the Truman campus. The Spring 2011 initiate class, Alpha Zeta (AZ), has 23 members. Brothers of Beta Chapter are very active within Phi Sigma Pi as well as many other on-campus organizations, ranging from honor societies to social fraternities and sororities.

The Pirate is the official mascot of Beta Chapter.

We pillage, we plunder, we bring the thunder. Go Beta! Go Beta!

Beta's Executive Board is composed of eleven elected members. These members are elected each fall to serve for the following calendar year. There are nine voting members and two nonvoting members, that of Brother at Large and Risk Management Advisor. The makeup of Beta's Executive Board differs from many other chapters. In addition to the Initiate Advisor, Beta added the position of Rush Advisor to oversee the planning of events during Rush week. The position of Brother at Large was created to act as an intermediary for all brothers to the Executive Board and/or the Chapter as a whole. An additional Historian was also added to prepare the initiate class for the National Exam each semester. 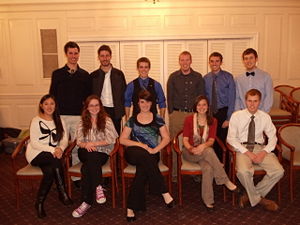 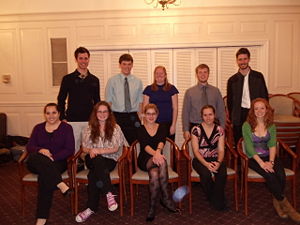 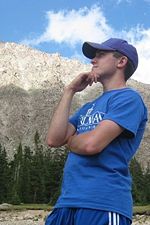 The Alumni Advisory Board consists of alumni of Beta Chapter that use their knowledge and experience to advance the brotherhood of the chapter. Upon receiving alumni status, alumni are invited, but not required, to be a member of the Board. There is not a limit as to the number of members serving on the Board at any given time.

Beta Chapter carries out multiple large events each semester (as described below), as well as smaller events that occur frequently throughout the semester. These activities include but are not limited to: 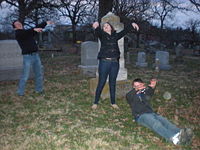 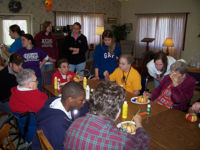 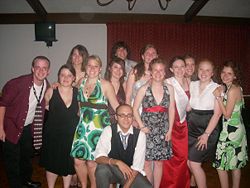 Alumni Weekend is a weekend of events held every spring by Beta Chapter in order to maintain strong, active relations with the Alumni from the chapter. This past year's Alumni Weekend began with a night of Karoake hosted by the Fellowship Committee. The next day featured a variety of events, beginning with a morning basketball game at Truman's rec center and followed by a picnic at a nearby park. Next, Alumni and Brothers gathered to watch and discuss the documentary "Jesus Camp." Following dinner, a formal dance was organized by the Fellowship Committee. The weekend concluded with a breakfast the next morning. 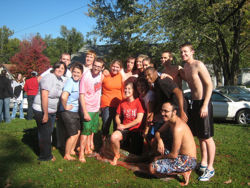 Beta Bash is an annual inter-chapter event hosted by Beta Chapter every October. Brothers from several nearby chapters, such as Alpha Chapter, travel to Truman to enjoy the weekend of events. Many Beta Alumni also return for the weekend. This past year's Beta Bash consisted of PSP Jeopardy, a barbeque at a nearby park, and Jello wrestling among Brothers.

Starting the spring of 2007, Beta Chapter has held a Phi Sigma Pi week on Truman State's campus. The event consisted of a week of Beta chapter reaching out the Truman community and making our ideals of Scholarship, Leadership, and Fellowship known. Throughout the week brothers put on various events that were open to the Truman community. Beta Chapter held two fundraising events: Puppies on the Quad, a time when students could rent a puppy for half an hour; and Teach For America Dodgeball tournament. All the proceeds of the Dodgeball tournament were donated to Teach for America. Beta Chapter also used this week to do a backpack collection for Teach For America. Brothers of Beta Chapter collected backpacks from other student organizations and students. 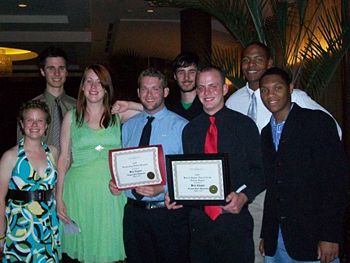 Beta's Awards at the 2009 National Convention in Louisville, Kentucky 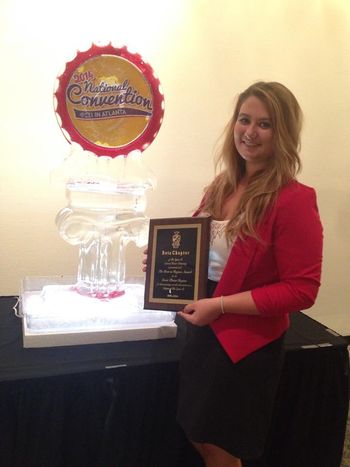