Epsilon Nu Chapter (Founded 15 April 2008) is located at Kennesaw State University in Kennesaw, Georgia. It is a member of the Mid South Region.

Epsilon Nu was founded on April 15th, 2008.The Chapter was founded by 24 members with the help of David Rosengrant (Chapter Advisor), and Tabatha Haney at Kennesaw State University in Kennesaw, Georgia. After a successful colonization, with the help of Beta Zeta and Epsilon Theta, the Epsilon Nu Chapter was up and running. They welcomed the Alpha class at the end of the Fall 2008 semester, and Beta in the Spring 2009 semester. Today they are working to build not only the Chapter, but also to establish themselves in the Kennesaw community. In 2011 Epsilon Nu had the honor to hold the first the first Mid South Region Conference under the realignment. At the 2011 National Convention that was held in Arlington, Virginia Epsilon Nu won the Outstanding Regional Event Award for having held the best conference out of the 19 regional conferences. We also won the Clarence O. Williams Most Improved New Chapter Award.

Today, the chapter operates under the guidance of the Executive Board as well as the ten committees that plan events that help foster the growth and development of the chapter either through gaining members or embracing tripod ideals. Currently Epsilon Nu Chapter has close to 200 members, including over 60 alumni. 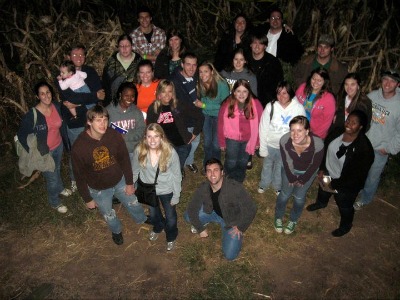 Epsilon Nu Chapter participates in events each semester. Epsilon Nu also holds smaller events that occur frequently throughout the semester. We have our chapter meetings on Monday nights in our Social Science Building. We also hold a semi-formal during the fall semester and formal during our spring semester.

We take part in Relay for Life that is held on Kennesaw States campus green. We are also very active in our community with canned food drives, coat drive, and Teach for America to name a few. We also hold a retreat every fall where we get away from everything and bond with each other.