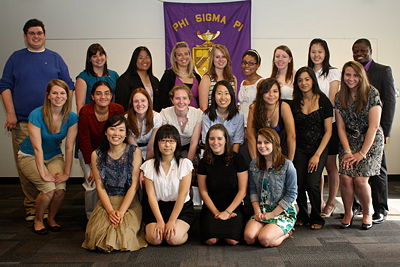 Zeta Delta Chapter (Founded 2 May 2010) is located at George Mason University in Fairfax, Virginia. The chapter is a member of the Capital Region and a member of Team Zeta.

The Zeta Delta chapter was founded on May 2, 2010 by 21 founding Brothers in the George W. Johnson Center at George Mason University in Fairfax, Virginia. The group experienced much difficultly in forming a strong base as at least one initiate was lost almost every week for the first few months. The originally delegated Executive Board was subject to a number of substitutions during those first months; yet, it was this constant changing and adapting that lead to the induction of a well prepared and united Executive Board. With the support and influence of our strong group of officers, the chapter was able to defy all expectations when each member passed the national exam with over a 90%. The founding was attended by alumni of multiple chapters, including National President Jonah Goodman.

The Chapter doubled in numbers with the Induction of their Gamma Class on December 3rd, 2011. 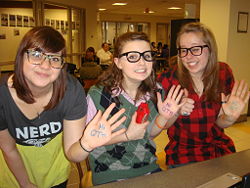 "I believe you have my sthapler." Mara Melson, Leah Gibson, and Molly Snyder, Go Geek!