Gamma Beta Chapter (Founded 29 October 1995) is located at Morehead State University in Morehead, Kentucky. The Chapter was founded by 33 founding brothers and is a member of the Bluegrass Region. 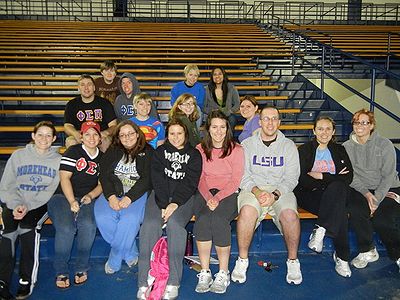 Gamma Beta started very strong in its early years. At one time, enrollment was more than 60 members. After a period of low recruitment and graduations, the Chapter dwindled down to a membership in the low 20's. Under the leadership of chapter President Amanda Earnest and Jesse Howard, Gamma Beta quickly returned to being a successful chapter. The recruitment of Chi and Psi classes brought in 25 new brothers and turned Gamma Beta back into a thriving Chapter.

The Chapter Symbol was chosen by the Xi Initiate Class. Upon graduation, Bigs and Littles exchange a decorated wooden key instead of a paddle.

Each Initiate Class gives traditional gift to the chapter at their induction.