Beta Mu Chapter (Founded 23 February 1994) is located at The George Washington University in Washington, DC. The Chapter was founded by Derek Simmons and is a member of the Capital Region. 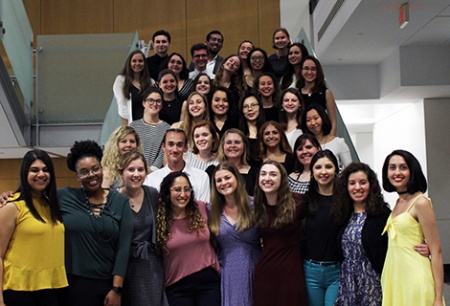 The Beta Mu Chapter of Phi Sigma Pi was founded by Derek Simmons in February 1994. Alpha Tau Chapter at Howard is the grandfather chapter and Rho at the University of the District of Columbia. In 2014, Beta Mu celebrated its 20th year at The George Washington University.

The chapter currently has 38 active brothers.