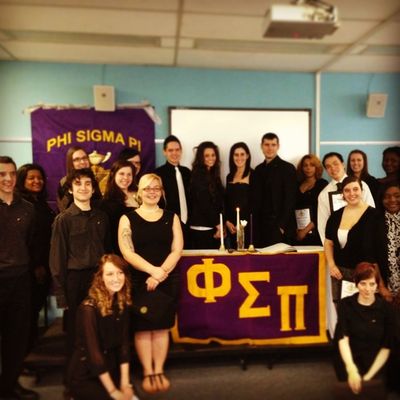 A Commitment to Diversity and Inclusivity

Brotherhood in the Time of COVID

With the rise of the coronavirus-19 pandemic, Cleveland State University transitioned to remote learning. The chapter remained resilient throughout this, hosting online events for members to safely participate in. During this time, My Brother's Keeper was created, an initiative to support members experiencing difficult moments in their lives. Recruitment Advisor Sammy Jammal successfully grew the chapter by 19 new members in the chapter's fully virtual recruitment season.

Savannah L. Potter and Vic L. Eppler introduced Zeta Gamma's favorite pastime in 2020: the Salad vs Sandwich Debate. Brothers engage in lively, passionate debate over what foods and items should be classified as. The Chapter remains divided over the potpie, with many claiming it to be a salad, while some believe it to be a sandwich.