Epsilon Eta Chapter (Founded 25 April 2006) is located at Eastern Kentucky University in Richmond, Kentucky. The Chapter was founded by Sigma Chapter alumnus Brian Thompson (Σ 1042) and is a member of the Bluegrass Region. This Chapter went inactive in October 2017. 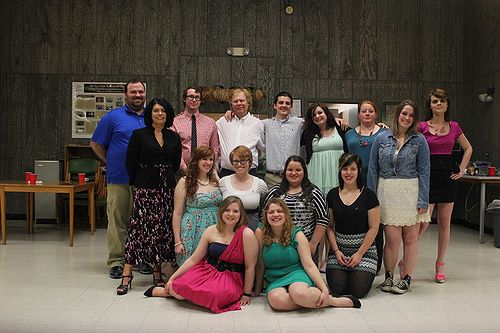 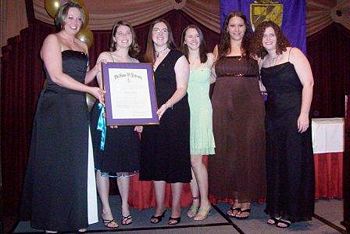 Interest in Phi Sigma Pi on the campus of Eastern Kentucky University was first sparked by Sigma Alum Brian Thompson. Brian was a Graduate Student and Residence Hall Coordinator on campus and worked closely with National Office to begin the Brotherhood Education Program. After a year long colonization, Epsilon Eta finally became a chapter on April 25, 2006. They received their official charter at the 2006 National Convention in Washington, D.C. 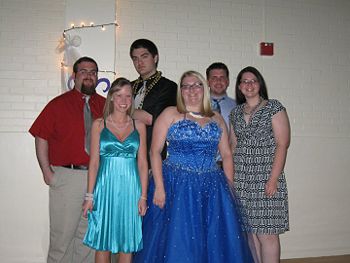 Currently in Epsilon Eta, there are two main family lines: the Carver Family (once known as the Red Family) and the Roque-Delgado Family (also once known as the Green Family). Previously, the Courtney family existed, but has since broken off and split between the two current families.

Between the Holidays Alumni Dinner

In early December, between Thanksgiving and Christmas, the Chapter invites the alumni to come for a special dinner.

In March 2008, with the Criminal Justice Fraternity Lambda Alpha Epsilon, the chapter had a $500 budget and 48 hours to remodel the Bluegrass Community Action Center offices.

Epsilon Eta's Founder's Day Weekend is held on the third or fourth weekend of April each year. Events held at Founder's Day in the past have included a campus-wide memory scavenger hunt, silent auctions, board games, and dinners. Both Brothers and Alumni are invited to attend the event each year.

Every October for EKU's homecoming the Chapter invites the alumni to come to tailgating and attend the homecoming football game.

Before each initiation, Brothers and Initiates get together to learn more about each other, and celebrate the initiates induction as Brothers. On some occasions, induction is held during retreat. Retreat is held once each semester (dates vary based on when induction is), sometimes at Maywoods and other times on campus.

Semi-formal was held in the Springs of 2008 and 2009. Tickets were sold and split between Teach for America and the chapter. The first year it was held at Eastern's Keen Johnson ballroom, and the second year it was held over in Begley gym. Currently the semi-formal is not held. 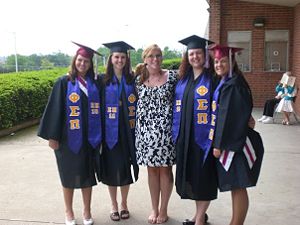 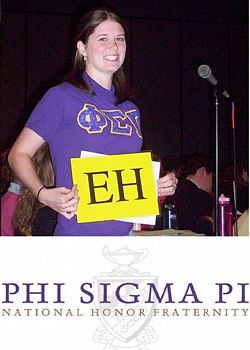 Sarah Maines (formerly Sarah Courtney), Charter member and past President of Epsilon Eta (among other positions) as she makes the first Chapter motion at Grand Chapter 2007