Gamma Gamma Chapter (Founded 5 November 1995) is located at Georgia Southern Universityin Statesboro, Georgia. The Chapter had 95 founding Brothers and is a member of the Mid South Region. The chapter was a Recruitment Incentive Plan Recipient in May of 2008. 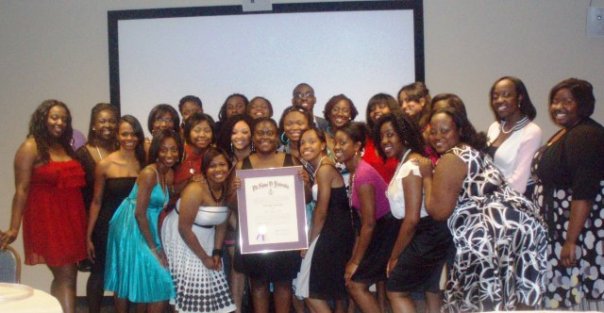 On November 5, 1995, the Gamma Gamma Chapter was founded with 95 Brothers. An decrease in initial membership occurred after the Chapter's founding. Brothers who were dedicated to Phi Sigma Pi's ideals continued to strive to make the chapter a success.

The current chapter consists of about 30 to 35 Brothers each semester. Many of the Brothers are involved in serval campus and community activities, ranging from Resident Advisors, student assistants in univeristy departments, St. Jude's Up Til Dawn Executive Board, and dance groups, to name a few. The chapter has volunteered at a number of agencies in the Statesboro/Bulloch County area, including:

The chapter mascot is the White Tiger.

The Executive Board consists of ten Brothers. Nominations and elections are held in the spring each year. 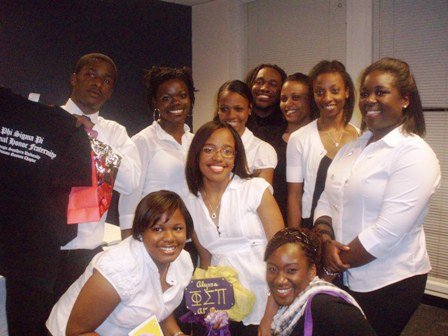 The Gamma Gamma Chapter has inducted over 320 Brothers since it's establishment at Georgia Southern University.

An Initiate Program is held each semester at Georgia Southern University. After an extensive week of recruitment, Rush events, and interviews, prospective members become a part of an initiate class. The Initiate program lasts approximately six to eight weeks.

Details about each initiate class, including the names of inducted Brothers, as well as their induction date, can be found in the Main Article: List of Gamma Gamma Chapter Initiate Classes.

The Gamma Gamma chapter organizes and participates in several activities per month, including:

Each year Brothers are recognized for their dedication and hard work in the Gamma Gamma Chapter. Brothers vote, anonymously, for the Brother they believe is most deserving of the award.

This award is given to the Brother who best exemplifies scholarship, fellowship, and leadership.

This award is given to the Brother who has the highest grade point average.

This award is given to the Brother who has the most improvement during the year.

This award is given to the Brother who has exemplified outstanding commitment to the Chapter.

Brother of the Month

This award is given monthly to Brothers who go above and beyond in their dedication to the Gamma Gamma Chapter.