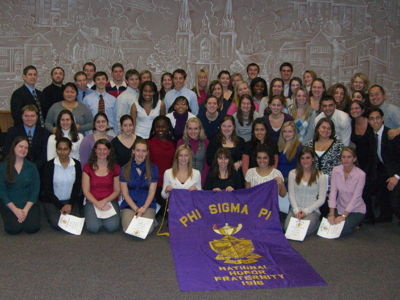 Epsilon Tau Chapter and the alumni who helped found the Chapter 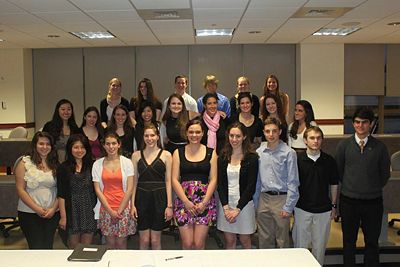 Epsilon Tau Chapter (Founded 18 November 2008) is located at Villanova University in Villanova, Pennsylvania. The Chapter was founded by Alpha Epsilon Chapter alumnus Emily Shaker and is a member of the Philadelphia Metropolitan Region.

After a large and successful Charter Class induction the Chapter soon drifted without leadership. During their second year many Members choose to resign instead of taking on the challenges the Chapter faced. Geographically the Chapter was in a strong position with many local Collegiate Chapters and an Alumni Chapter. This lead to an effort by the National Office to restructure the Chapter.

In spring of 2011 the Epsilon Tau Chapter was restructured leading to an entirely new initiate class, referred to as Gamma Class, taking over the Chapter and leadership roles. Thirty-six Members were a part of this successful effort

The 2014 Executive Board is as follows:

Epsilon Tau celebrates its Founders' Day on April 28, the date of its 2011 re-founding