Gamma Mu Chapter (Founded 15 October 1996) is located at Central Michigan University in Mount Pleasant, Michigan. The Chapter was founded by Kate Blatnik and is a member of the Great Lakes Region. The region consultant is Christiana Berardi.

Kate Blatnik (now Holloway) initially found out about Phi Sigma Pi in the Fall of 1993 from Karen Lessnau at Eastern Michigan University. She was a sophomore at EMU. Kate attended a few rush nights in the Winter of 1994, became a pledge of the Delta class, and was inducted on March 26, 1994 into the Alpha Phi chapter.

Kate transferred to Central Michigan University in January 1995. CMU did not have a chapter of Phi Sigma Pi, so in the Spring and Summer of 1996, Kate contacted Phi Sigma Pi's National Headquarters about starting a chapter at CMU. Kate then obtained the go ahead in Summer 1996 to proceed with chartering the Gamma Mu Chapter. In August 1996, a handful of Alpha Phi Brothers came up to CMU and helped with the Student Organization Fair to introduce Phi Sigma Pi to the campus.

The Chapter started it's first 5K Pi Run to benefit Teach For America in the Spring 2007. Just breaking even with the money donated versus money spent, the Gamma Mu Chapter donated $200 to Teach For America out of their funds to support the philanthropy and all of their efforts.

To get more involved with Teach For America, the Gamma Mu Chapter began sponsoring a classroom in the Spring 2009. After all of the wonderful experiences the Chapter had with Ms. Lieberman and her seventh graders at Chicago International Charter School called Washington Park in Chicago,the Chapter decided to continue their efforts and sponsor another classroom for the 2009-2010 year.

In the Spring of 2009, Alumna Brother, Megan Sanderson founded a Epsilon Psi at Grand Valley State University, where she is a Hall Director.

In the Fall of 2009, the Chapter has taken great strides and has introduced an alumni advisory board to reconnect with our alumni and ask for their help. 3-5 Alumni Brothers were elected, and are headed by the alumni advisor. They will have the honor of determining the recipients of scholarships and awards given out by the Gamma Mu Chapter. 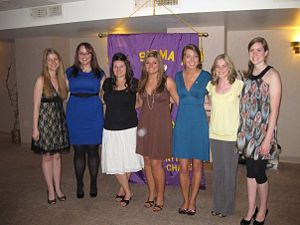 Past Committee Chairs and Ad-Hoc Positions 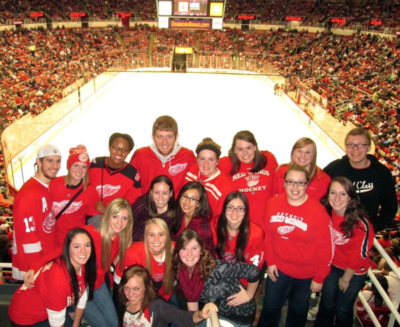 Brothers take in a Red Wings game during Winter Break 2013. 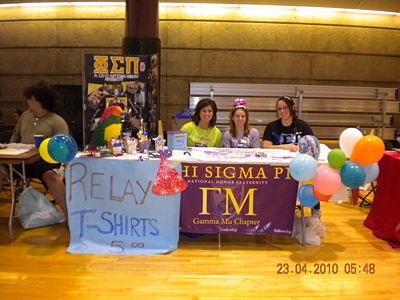 The Outstanding Brother Award is given to a senior based upon votes of the chapter. When submitting their votes, Brothers must include a reason why the Brother is deserving of the award. The award is handed out at Alumni Banquet every semester. 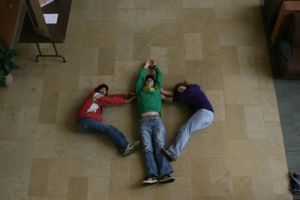 The Service Award is given to a Brother who has exemplified outstanding community service both in and out of Phi Sigma Pi. The awarded is handed out during Parent's Brunch each Spring. 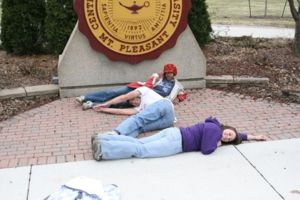 Evey semester the Brothers submit their grades. Based on those submissions, the Chapter recognizes a Brother's scholarly efforts by awarding them with the Outstanding GPA award of the semester. This award is handed out at Alumni Banquet every semester. 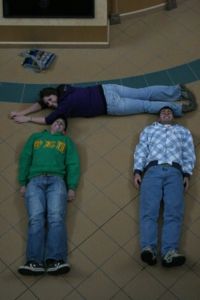