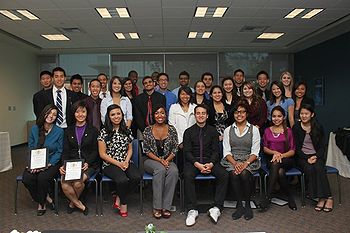 Phi Sigma Pi is a co-educational honor fraternity. Started in 1916 at State Teaching College at Warrensburg, MO, we have expanded throughout the years, and have recently come to the West Coast. Zeta Eta Chapter (Founded 5 December 2010) is located at University of California, Riverside in Riverside, California. The chapter is a member of the Pacific Coast Region. 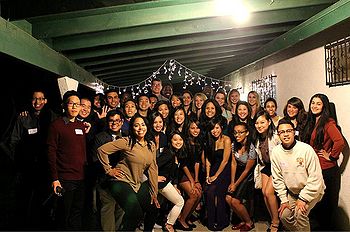 Phi Sigma Pi (ΦΣΠ) National Honor Fraternity is a unique fraternity with a rich history. The Zeta Eta chapter at the University of California, Riverside is one of only seven chapters in California, of the 300 in the nation. This chapter was founded by our very first President, Alex Owens, along with thirty other Founding members in 2010. Owens remained the chapter's president for three terms, up until his graduation in the Spring of 2013. The next year, Zeta Eta chapter was officially chartered on December 05, 2011. Since then we have expanded, grown, and have become a strong presence on-campus. In spring 2011 Zeta Eta received the award for "Best New Student Organization" on campus, and we hope to keep our momentum going and really make a difference at UC Riverside. Being such a new Fraternity on campus Zeta Eta is very proud of how much we have done in our few years here. Our goal is to become greater as each year passes. Our list of well endowed and professional Brothers have grown over the years with each Brother making a tremendous impact on the Fraternity. 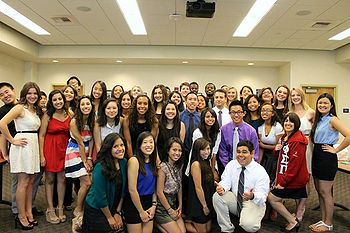 Each year our chapter members fluctuate between 40-50 members. As a fraternity we hold onto the belief that a smaller group of Brothers will better allow for closer friendships and bonds. Our chapter consists of some of the most diverse Brothers on campus; ranging from people of different economic and social backgrounds to different majors to being involved in different organizations on campus to playing different sports and many more. Each Brother brings something different to the table and we are certain that you will be able to find anything you need from our range of unique Brothers. Furthermore, Zeta Eta, as a chapter is part of PFC, a Professional Council on campus made up of all the Professional Fraternities at UC Riverside. It's purpose is to provide each Professional Fraternity with resources, networks and connections. It is also a great way to socialize with people from different fraternities and grow friendships that would enable us to all help each other along the way. These foundations, as long as Zeta Eta's own Bothers and ideals are what we believe will enable our chapter to continue to grow and strengthen the chapter for years to come. 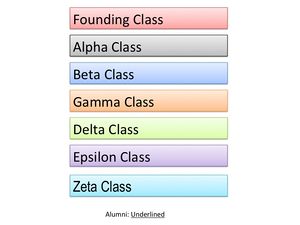 Founder's Day Celebration is recognized every fifth of December. 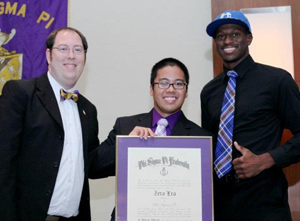 Zeta Eta Chapter receiving their Charter at the 2011 National Convention.