Gamma Delta Chapter (Founded 12 November 1995) is located at the University of West Georgia in Carrollton, Georgia. The Chapter was founded by Amy Johnston, Jamie Painter, and Jamie Easoz and is a member of the Mid South Region. 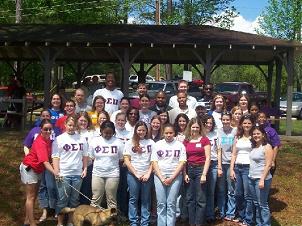 The Gamma Delta Chapter was Chartered at West Georgia College on November 12th, 1995. Since then, this chapter has been actively striving to make Phi Sigma Pi an integral part of the University of West Georgia Campus.

In the Spring of 1996, West Georgia College was upgraded to a university, thus changing its name to the State University of West Georgia. The following winter, the Gamma Delta Chapter went inactive for a short period to plan a successful recruitment. This recruitment took place in April 1997 and produced the Alpha Class, 83 new brothers.

Unfortunately, only three of these brothers (Amy Johnston, Jamie Painter, and Jaime Easoz) returned in the fall. These brothers with the help of the National Headquarters planned and implemented successful recruitment process. The end result was the Beta class, which was comprised of 27 enthusiastic brothers. The Beta and remaining brothers of the Alpha Class banded together to reconstruct the fraternity and build up a reputation on the West Georgia Campus. 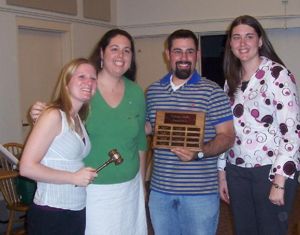 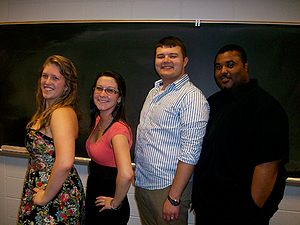 Gamma, Gamma, Gamma D
Brothers of UWG
Other Brothers must confess
Gamma Delta is the Best!!!

In Spring of 2006, the Gamma Delta Chapter held its first annual alumni picnic. Wildly considered a success, 17 chapter alumni, along with a number of current brothers as well as their family were in attendance. The picnic was held at Tanner State Park and featured a varied menu of Hot dogs, Hamburgers, BBQ, etc. Most notable was the fact that alumni from as far as the chapter's Alpha Class, including one of the founders Jamie Easoz (Painter) attended the picnic.