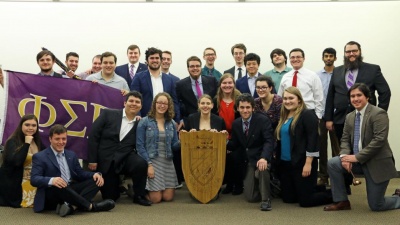 The current Delta Alpha chapter has 16 Active Brothers, led by the Executive Board.