Alpha Chapter (Founded 14 February 1916; Reactivated 2 December 2000) is located at University of Central Missouri (formerly Central Missouri State University) in Warrensburg, Missouri. The Chapter was founded by Eldo L. Hendricks, Claude A. Phillips, and C.H. McClure, and is a member of the Great Plains Region. 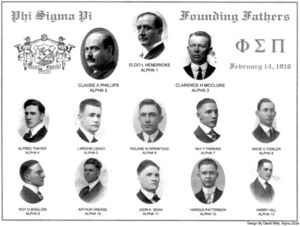 Alpha's Executive Board is composed of thirteen elected members. These members are elected each fall to serve for the following calendar year. There are ten voting members and three nonvoting member, that of Female/Male Brother at Large and Regional Delegate. 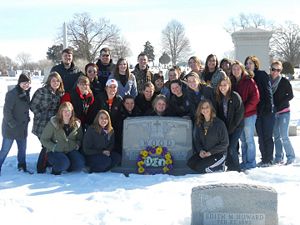